A stiff wind was blowing in from the North. Overhead the stars were hidden beneath hurrying torrents of mist. Seawards the Atlantic broke heavily on the iron coast.

Four of the little colony boatsheds at Three Anchor Bay were open and some dozen men, white, coloured and Malay sat around braziers in the biggest shed. Watching them lay a boy of fifteen curled on a heap of nets.

Now and again one of the fishermen would stroll down to the water’s edge and returning shakes his head. At each pessimistic gesture, the youth’s face lengthened, lightening again as an old Dane began to argue that it was all right if the boats would get out.

“It vos noding! De darkness yus make him seem bad but I vill get out mit mine pram. It vos a goot day for geelbek”.

The Boy, thrilled – the ambition of his life was to catch a geelbek or Cape Salmon, and it did seem hard that after getting up at one in the morning the weather might make a trip to sea impossible.

A couple of hours past, then the day began to break but with the coming of light, the prospects of putting to sea appeared negligible. The wind was blowing strongly, and beyond the line of breakers, the Atlantic was a flecked mass of curling, breaking waves racing shorewards. Surf combers were immense and the narrow rocky channel was a churning mill race.

Softly from the Atlantic came the croon of the surf. The heavens loaded with jewels hung low over the ancient Tavern of the Seas, as it lay shrouded in the violet mists of night. Through the starlight ghostlike rose the grey of Table Mountain. 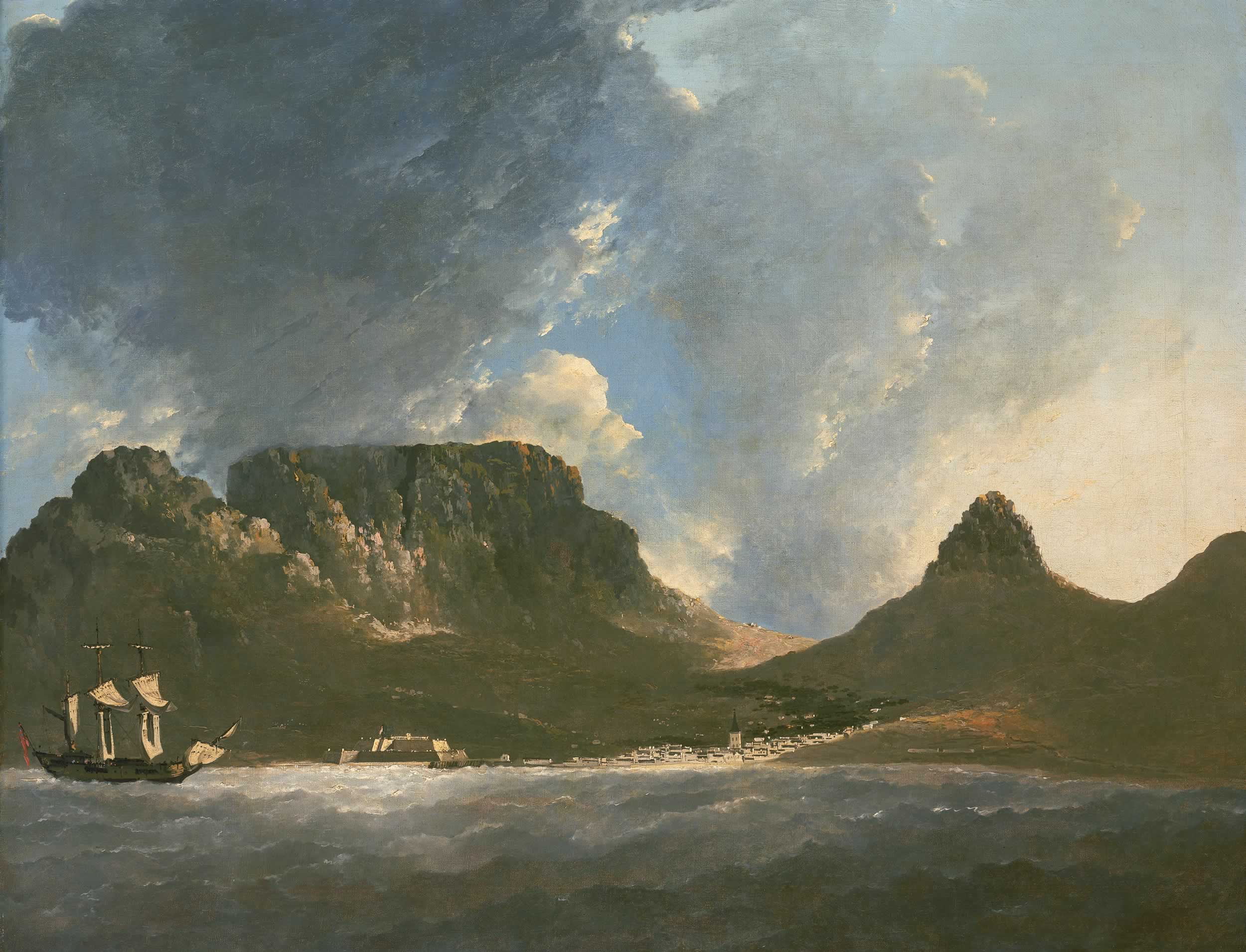 Seawards the sliver of the moon cast a shining road across the heaving waters and far in the North rolled a smokey mass of sea fog.

Steadily climbing the heather brae of Lion’s rump two lads in football clothing filled their lungs with clean sweet air from sea and mountain. Many hours of hard climbing and walking lay before them leaving little leisure but in each bosom every chord of being responded to the witchery of the surroundings and the hour.

Reaching the summit of the Lion Hill the lads paused to regain breath and drink in the wonderful panorama before them. The grey mass stood proudly gazing at the immensity of the Atlantic and Indian oceans.

Flanking the Tavern ran the long narrow Lion’s Hill on which the youths were standing – at its end the black tower of rock which formed the Lion’s Head; across the Table Valley rose the wild Devil’s Peak its stern savage head rising naked from forested slopes. Beyond them, all stretched mountain ranges, bog, moor, and forest.

Another impatient call from his companion tore the younger lad from the scene, and the two tramped off into a forest of scented gum and beautiful broad-leaved silver trees mingled with patches of bracken and fields of protea. 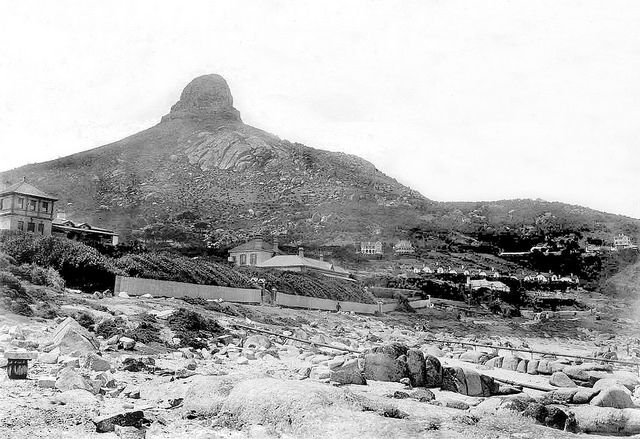 Photograph of Sea Point circa 1910

2 thoughts on “From Boatsheds to Battlefields 1 Three Anchor Bay”