Excerpt from 9th Entry: … bellowing a stream of Danish oaths Jansen with a tremendous twist of the steering oar sent the boat spinning round and as her bow came seawards……

I was ten years old when first I ventured into the open sea and from that morning I date my life begun in the service of the wild.

Well even now more than a score of years after do I remember the scene, a cold leaden day, the sea a vast expanse of white-crested breaking wavelets, the hills and mountains half hidden in swirling mist all – sea, mountain and town cheerless and chilled.

Our Subcraft possessed a tiny torturous channel through the rocks into the open sea and in a barely sheltered cove stood half a dozen or less rough sheds of wood and iron in which were stored a few boats and a mass of sea gear – ropes, sails, oars, salt, stained clothing, fishing lines and nets – caves of Aladdin to imaginative boys soaked in romance of the sea. 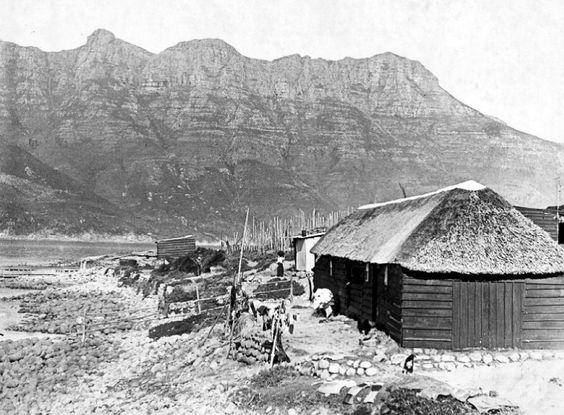 The owners and crews of these craft were ordinary townsmen to their friends but to us dauntless heroes in disguise. Often I laugh now at how we looked upon staid Lawyers and Clerks given to fishing and mild rowing and sailing as worthy fellows of Morgan, Kidd and Teach and how many a night we lay wondering whether they were running cargoes through the wild weather outside.

Devoutly we prayed that our stout policeman was not hidden near the sheds ready to lead forward a rush of sailors from whatever warship lay in the dock. Often I shivered and held my breath with horror as I pictured some particular hero who had let me carry fish or gear, being cut down by a cutlass wielded by some brawny salt and I always prayed that the smugglers would get away and drag with them our unfortunate constable whom I doomed to the plank, the stake and marooning on Robben Island.

But if the amateur seafaring men were heroes, the crew of our one real fishing boat was of those admitted to the highest circle of the Elect. That they ventured to sea at night, went on to offices, lived in tiny huts on the mountain, craved all weathers, spoke a real jargon of the sea and looked prototypes of our book heroes – ragged bronzed hairy, burly, seafaring men stamped them to our minds as hell marked.

From these men of the sea I had learned to splice and knot, to distinguish the rig of different craft which passed going in and out of the Bay and much of the life of the forecastle. Only three of the fishermen had been deepwater seamen but they ventured many a year in sailing ships and varied the life of the ocean with all manner of spells ashore. Today I think back but even now my thoughts of two are good thoughts and rough and wild as they brought very little of evil into our minds.

For long I had been a pet amongst them and often I had begged to put to sea and at last, as they ran the boat into the water Jack, the skipper, shouted “Jump in Youngster!” and in a second I had tumbled into the stern sheets and was embarked on a great adventure. 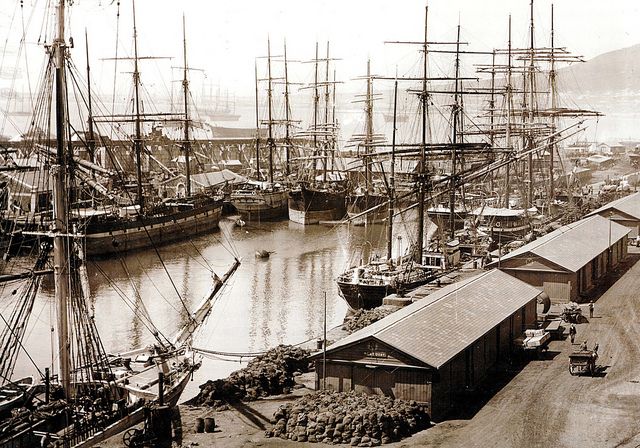