The end of 23rd Entry: Mrs Van Zijl felt, knew that her daughter and Mick were enjoying a little boy and girl romance but poor Mrs Van Zijl could gather no proof.

One morning a neighbour – a poor man – came rushing over, a child was down with diphtheria – could Mr Van Zijl get a doctor – it was a matter of hours as to whether the child lived or died.

“Inspan the two best horses and drive like hell for the doctor Mick” called Mr Van Zijl as he grasped the situation. Helped by Mr Van Zijl and the distressed father Mick took but a couple of minutes in getting two young mares harnessed and in the cart – jumping in the youth cracked his whip, the two fresh horses sprang forward, raced around the corner of the stables and the flying cart took the bend one wheel high in the air.

Down the rough farm road tore the horses Mick standing in the cart urging them on with the crack of whip and voice though little well-bred animals needed encouragement.

In imagination, Mick was a charioteer of the ancient Celtic tribes dashing through Erin with the news of the Romans landing in Britain. As he peopled his mind with pictures, tribesmen dashing out of villages to watch this mad course, or clearing from the roadway before galloping hoofs of his horses he sang and yelled to the frowning hills and the pitiless blue sky. 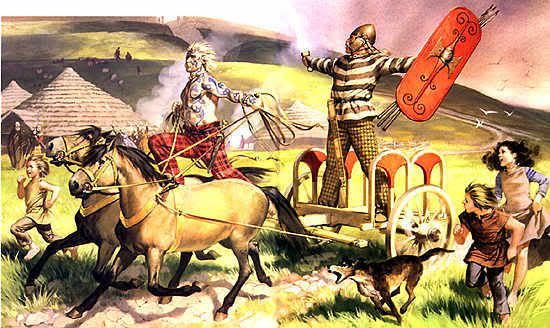 Soon, however, realisation came that he had fifteen miles to go with a child’s life hanging on his journey and that it wasn’t much use knocking up his horses in the first two, so ceasing his noise Mick began to try and quieten the animals, no easy task but at last successful.

Now the first burst of excitement over Mick drove carefully but speedily watching his horses he nursed them on the upgrades, let them out on the down ways, kept a steady swinging trot along the level and then as far in the distance he saw the Dutch Church Spire once more he began to drive madly forward.

At last covered with foam, staggering with exhaustion the horses drew up at the doctor’s door. Fortunately, he was at home and on the situation being explained immediately gave orders for his cart to be inspanned and hastily began to make preparations for his journey.

Driving slowly up the village hotel Mick took the exhausted horses out, unharnessed them and sent the pair for a walk and roll. Once cooled the boy rubbed their legs down with brandy gave them hot bran mash and then thankfully strolled over to Mrs Scott and her daughter.

Warmly Mick spent a pleasant day and evening slept at the hotel and early next morning returned to the farm to find his errand had been unavailing the child having died shortly before the doctor’s arrival.

A week later Mick was ill – for three days he lay in bed with a bad throat and racking head – the attention he received was nil – food was brought in at meal times but the lad’s very being revolted at fat pork, greasy potatoes and sweetened pumpkin. Visions of a loving mother and the best of all his pals, his Dad – thoughts of custards, jellies – a little chicken broth, books to read, friends to listen to – Oh but the lad was homesick.

Accused of malingering Mick staggered back to work – later returned to his room to find a greatly treasure crucifix on the floor was broken, his kit thrown everywhere – in came Mr Van Zijl raging – Mrs Van Zijl had in her motherly fashion come to tidy the room – by accident a portion of an open letter from Mick to his father had photographed itself on her brain – a paragraph vividly describing the food, the manners, the personalities of Mr and Mrs Van Zijl. Van Zijl white with rage discoursed at length and in detail reviewing Mick’s past, present and prophesying his future – he raised a cruel looking sjambok/whip.

Mick with a sailor’s agility leapt out of the window and took the main road to Struan. Five miles on he halted at a friendly farmer who disliked Van Zijl. To an amused Dutchman of the grand old school and to a bevvy of giggling maidens Mick related his experiences.

A week later returning from a fishing expedition, Mick’s father handed him a letter.

Mr Van Zijl “wished to assure Mr Osmond of his unabated friendship and respect, but at the same time felt it his duty to inform Mr Osmond that his son was an unmitigated liar, was absolutely useless on a farm, was impudent, untrustworthy and wicked. On his own confession, he was in the habit of consorting with Roman Catholics, fishermen and other characters certain to lead even a good boy astray.

Mr Van Zijl understood that Mick in his sixteen years of life had tried the tempers of and been given up as hopeless by the masters of no less than seven schools. In the month Mick had been with him he fully sympathised with the masters and mistresses of the seven schools.”

One thought on “From Boatsheds to Battlefields 24 Homesick”