I’ve been to see the exquisite Australian Ballet production of Sleeping Beauty – grace, beauty, and romance and now I’m in front of the fire, in Adelaide, with a glass of wine and Grandad’s musings circa 1910.

Lying on a pinnacle of granite which marked the boundary of a wine farm in the Constantia Valley Mick gazed lovingly at the prospect before him.

“Jove people can talk about the beauties of other places but I bet there isn’t a blooming place in the whole world can beat this”, he muttered “Struan was a bally hole with nothing worth looking at – little bits of hills and a lot of mimosa scrub with all the real mountains as far away almost as the clouds. One couldn’t think of Vikings and Highland Clans or even Red Indians there – only ostriches and work – I’m glad Mathew and Peter sold out to those Jews – I’ve got another job anyway.”

Six months had passed at the Van Der Walts and now owing to the disposal of the estate Mick was on a small but very choice property belonging to a wealthy friend of his fathers.

Though more a country seat than a farm, the owner a son of one of Africa’s most ancient families hoped to carry on the traditions of two and a half centuries and produce wines which would rival the fame of those grown on the old family seat.

Mick had ample justification for his delight in the surroundings high above him rose the buttresses of Table Mountain, the Saddle and the great brooding Devil’s Peak. The estate standing in a forest where beautiful Silver trees, their shimmering leaves splashes of shining greyish white against the sombre pines looked upon the whole Constantia Valley – a fairyland of a thousand vineyards and orchards – deep glens filled with oak and polar divided farm from farm, or orchard from vineyard. Wonderful old Dutch mansions showed between trees. 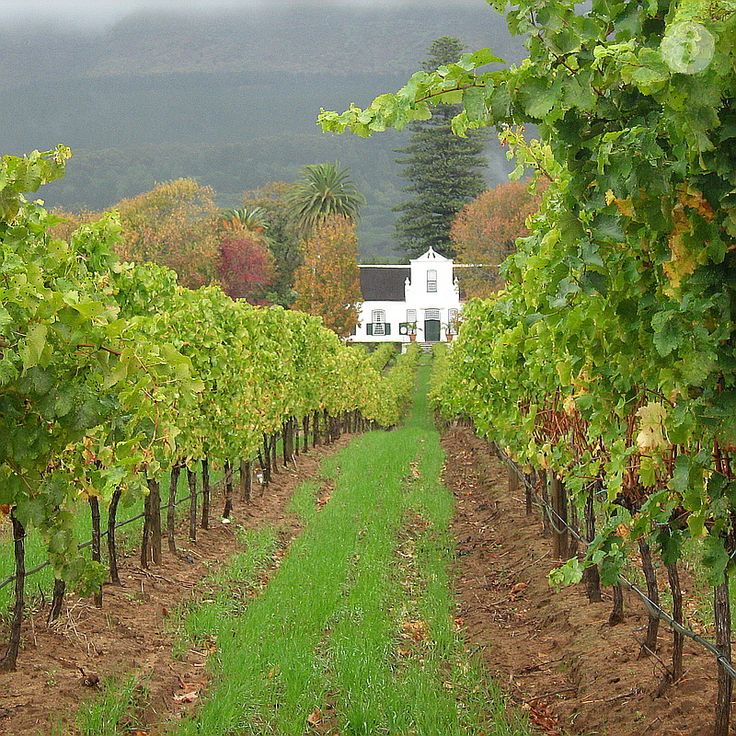 Below and around the valley lay mountain ranges, sea dune country, much of it covered with large government forests of pine – the white beaches of False Bay enclosing an arm of the Indian Ocean and Westwards across the narrow Cape Penninsula a glimmer of the Atlantic. Here and there amongst the dunes lay a blue sea loch and far in the distance was a jagged jumble of wild, grey peaks and purple hills.

“I wonder why authors write so many books about Red Indians” mused Mick. “There’ve been thousands of wars in Africa between British and Dutch, white amongst Amaxhosa, Basutos, Swazis, and Matabele, and the tribes against one another – the Apache, the Sioux, and the Black Feet. There’s been as much romance on the Diamond fields as in California. 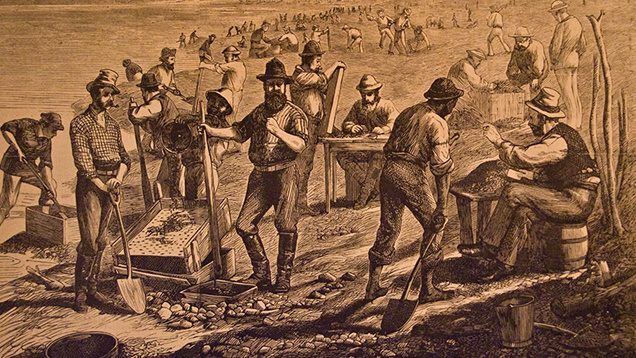 Look at Muizenberg – one can still find old cannon balls from the English line of battleships – on a decent clear day a row along Berg River shore will show one of the remains of a hundred wrecks of East Indiamen, British and French frigates – all sorts of historical stuff.

Take half these farmhouses one can see from here – they’ve got all kinds of family coats-of-arms and crests Holland, France, Britain and old forgotten duchies and Archbishoprics.

One could write books and books and books like Mary Johnson‘s or Winston Churchills – Virginia and the Cape must have been very like one another I wonder why people aren’t more interested in Africa. One can pick any kind of climate, choose what sort of scenery one wants and live a perfect life.

There is nothing in the world Africa cannot produce – no other country can afford an artist better material, whilst it should be an authors paradise.

People get sick of Red Indians and American bad men and South American republics – why don’t authors and artists change over to the Boers and the Kaffirs and British pioneers. Old Chaka killed a million people in a few years and no Red Indian chief ever did that – Dingaan murdered hundreds of whites and old Cetawayo scrapped more British troops than he had warriors. 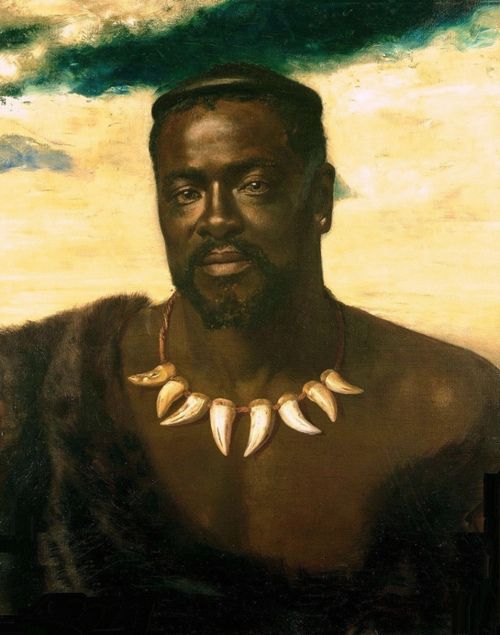 Portrait of the King of the Zulu Kingdom Cetshwayo kaMpande by Carl Rudolph Sohn (German 1845-1908).

I bet Buffalo Bill didn’t have as interesting a life as old John Dunn the white chief of the Zulus or the Mac Lean Brothers.

Well, it’s no good wondering I’d better get down and do some work.”