End of 57th Entry: The Queensland had already loaded sixty transport waggons each of which would be pulled by twenty-two donkeys. Immediately the donkeys and men had been shipped hawsers were cast off, the tugs busily hauled her into the fairway and with the threshing screw, the tramp began her voyage.

Rounding the Breakwater the Queensland dipped her nose to a swell, rose streaming with water and once again began a plunge. Mick watched his fellow conductors – at the first pitch conversation stopped abruptly, expressions of alarm crossing several countenances.

“It looks really stormy. I’m surprised the Captain didn’t wait until it got calmer.” remarked the Head Conductor in Dutch an unmistakeable quaver in his voice.

Mick laughed, “If he’d waited for a North gale to blow itself out we wouldn’t have got away for a week. It’s only starting really and we’re running right into it. There’ll be some fun in a couple of hours.”

The others groaned and as the motion of the ship began to grow more violent the conductors one after the other sought the two cabins placed at their disposal by the ships’ officers.

Mick feeling full of health and happiness walked around to have a look at the horses, donkeys and Cape boys. The Coloured men had been given the upper forehold as sleeping quarters, the forecastle and well deck for open-air space. The effects of the heavy carouses in which cheap Cape wines had played a big part were rapidly becoming intensified by the pitching of the ship and as Mick stood looking at them a young quartermaster passing, stopped, joined the Conductor and with a merry laugh asked him what he thought of the Coloured men.

“Queer (strange) aren’t they?” said the sailor, “All happy as monkeys an hour by, but you’d reckon the bulk was dying of some horrible disease now.”

“I guess my mates are as bad” answered Mick, “I think only one of them has ever seen the sea before.”

The sailor laughed “We’re running into dirty weather so they’ll see all they want to of life on the ocean wave, especially with a damned old wreck like this – the Atlantic’s beginning to dust her now, but when we change course the sea will be on our beam. She’ll roll her guts out then. You’ve had a spell or two at sea yourself, haven’t you?”

Greatly flattered Mick confessed that beyond a couple of coasting voyages his experience was confined to fishing craft; though he had spent many an hour knocking about sailing ships and war vessels.

The other who was in ‘The Watch Below’ and therefore free for four hours was evidently a companionable fellow so the two were soon chatting freely. The seaman telling Mick that he was Australian by birth began to spin yarns of his life.

Though but a youth hardly as old as Mick the sailor appeared to have visited nearly every seaport in the world. He had been following the sea since he was fourteen years old, starting on a windjammer. At twenty-two, a year since he had inherited £4000 which had gone in a three months spree in Paris. 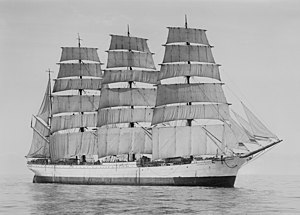 Without appearing to boast, or to be trying to impress his listener, the sailor held Mick spellbound with yarn after yarn of Japan, China, Burma and the Siberian Coast. Most of the Quartermaster’s sea life had been passed in voyaging about the east though few portions of the world seemed to have been unvisited.

The first night and the following morning Mick, however, was the sole representative of the South African Service Corps to attend the table so good-naturedly he was invited to join the ship’s officers.

For two days the gale continued, keeping all but one of Mick’s companions in close confinement. The Coloured people too suffered grievously, resulting in endless difficulty and trouble in watering and feeding the animals.

As it was it needed more than moral persuasion to collect a fatigue party, and the Chinese ship’s crew chuckled with glee at the spectacle of a gang of very sick very unhappy brown men being driven to their work before the vicious angry crack of a heavy stockwhip. 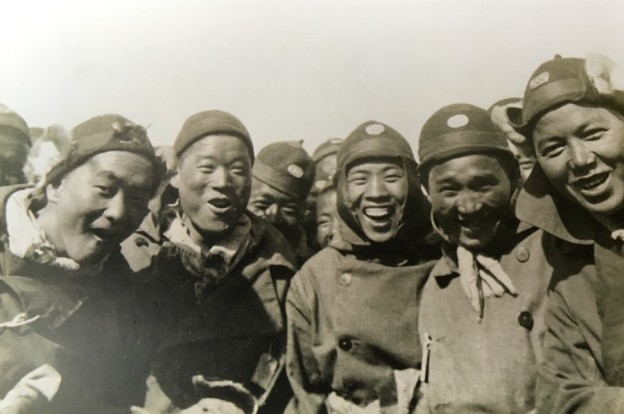 On the third morning, the ship ran out of the gale much to the relief of the transport men, and that night dropped anchor outside the bar of Port Nolloth the port for loading copper ore.

Next morning the complete draft of conductors and coloured men were early astir once more able to take an interest in life, though the majority presented a rather hospital convalescent appearance.

Mick found little about Port Nolloth to arouse his curiosity or sense of enjoyment. Near The Queensland, three sailing ships in ballast rolled to the groundswell until their yardarms dipped into the water. A steamer was discharging a couple of batteries of artillery into lighters whilst a mile or two landwards lay a low lying desert shore absolutely devoid of any appearance of attraction.

Shortly after breakfast, the Head Conductor went ashore returning in a couple of hours with a couple of bottles of vile brandy, a much-inflamed countenance, a more than nautical roll and the news that early next morning the cargo would be discharged into lighters.

Once landed the column would be got immediately into order, the waggons loaded and the lot would be dispatched to the Orange River a hundred and twenty miles away. The column was to be attached to a force of regular Mounted Infantry and Defence Force units acting under Colonel Lukin.

There was little else to tell. Rumours had it that the Germans were in strong force across the Orange. Lukin was advancing against them to a frontal attack whilst Colonel Maritz was closing in on their flank with a large number of Defence Force units.

Supplies of every description were urgently needed so once the artillery had been handed from their neighbour, every effort would be made to rush the transport men, materials and animals ashore.

That evening the brown folk gave a concert. The night was warm, star-filled and peaceful. From the distance came the dull faint crash of the surf breaking on the shallow bar. About the ship the air was filled with the many ghostly sounds of a night bound vessel lying at anchor – the creakings of rope and bloke, the sound of machinery purring, the sob of the sea as she lifted and rolled to it.

Sitting with his sailor chum on the side of a hatchway Mick gave his whole being to the sensuous enjoyment of the warm, ozone laden sea air, the dry currents wafted by the night air from the shore. The sounds of the ship, the marvellous glory of a violet sky hanging low with its heavy mass of glowing, sparkling jewels and the ship’s hold where a hundred and a half happy people lay or sat scattered amongst their bundles and boxes.

The hatches were fully open and from the hold rose the music of the violin, of mandolin, of banjo and accordion, accompanied by a seven score voices, all harshness softened by the clinging air of night.

Way Down Upon the Swanee River, Clementine, Home Sweet Home, Don’t Go Down the Mine Daddy were intermingled with Tipperary, For We’re Marching to Pretoria and old Dutch songs.

Ships’ officers and Chinese sailors gathered around smoking, listening and joining in the choruses. From the Artillery Transport, from the rolling sailing ships came echoing back the strains as soldiers and sailors took up the well-known songs.

One thought on “From Boatsheds to Battlefields 58 Transporting Donkeys”