End of 58th Entry: Ships officers and Chinese sailors gathered around smoking, listening and joining in the choruses. From the Artillery Transport, from the rolling sailing ships came echoing back the strains as soldiers and sailors took up the well-known songs.

At daybreak next morning the barges were alongside but to the consternation of the Head Conductor, a message came that the only winchmen were employed in discharging the artillery batteries.

Whilst regretting his inability to supply a professional winchman the Transport Officer’s orders were that the Head Conductor was to do the best he could under the circumstances as somehow or other his material and animals had to be landed at once.

A bewildered, unhappy Dutchman interviewed the ship’s Captain but he refused to take the responsibility. None of the Conductors had worked a winch or knew anything of machinery. A few Coloured men admitted to a working acquaintance with winches but confessed their knowledge to be scanty.

A start was made with these men under the voluntary help of the Chinese Bo’sun. As an experiment, a waggon was hauled from one of the holds, hoisted high in the air, swung outboard and lowered into the waiting barge.

There was a considerable amount of swell which caused the steamer to roll heavily whilst it’s effect on the barges was to keep them rising high to the crest of a mighty roller then sinking far into the trough between the passed and incoming surge.

As the ship rolled towards the land the barge would be rising towards the ship – for a brief space of moments, the barge’s hold would be directly under the crane giving an experienced winchman time to skillfully drop his load into the barge.

Any misjudgement meant that the load either dropped into an ever-widening space between the two craft or into a rapidly narrowing one. In the former case, the load would probably strike the sea, in the latter being crushed between the rolling, rising and sinking vessels.

For a while, all went well then the Bo’sun leaving one Chinaman in charge of the forward and one at the after winch, hurried off to his own duties.

The forward winch crew were discharging donkeys slung in pairs and the after winch waggons. Mick going below took charge of hitching waggons to the iron hook of the after crane, another Conductor from the hatchway signalled to the winchman when to hoist, hold, lower or swing across, whilst a third from the ship’s side directed the lowering into the barges. Forrad the same procedure was observed.

The Bo’sun had directed both crane crews without apparent difficulty and with great success. On his departure, all manner of complications began.

The Chinese winchman could not understand the Conductor’s signs, the Conductors were not good at judging time or distance nor at all good at signals.

Unfortunate donkeys hitched to the crane-hook were suddenly yanked into the air in the middle of the roll of the ship. This, nine times out of ten meant them being swung from the hatchway to under the deck and being caught there – a wrong signal would drop them hard into the hold – after two or three attempts, a pair of stunned, bleeding, half dead animals would be triumphantly hoisted high into the air swung outboard, to hang a moment before being dropped into the sea, hauled furiously up, jammed between ship and barge and squashed flat.

The same happened to the waggons. When twenty-nine donkeys had been killed and a dozen waggons reduced to matchwood the Chief Officer stepped in. The Bo’sun was reinstated and immediately the work proceeded rapidly, methodically and successfully.

Well over half the cargo had been discharged when orders came to immediately reload everything. The vessel was to proceed at full steam back to Cape Town.

A most terrible disaster had occurred at the Front.

Colonel Grant dispatched by Colonel Lukin to seize the waterholes of Sandfontein twenty miles beyond the Orange River had been surrounded by a vastly superior force of Germans. After fighting to the last cartridge he badly wounded had surrendered with what was left of the famous Cape Mounted Rifles, two companies of the Rand Light Infantry and a section of the Transvaal Horse Artillery.

German sergeant shortly before the Battle of Sandfontein.

This news was bad but there was worse to come, Colonel Manie Maritz in command of a large body of Union Defence Force troops had forsworn his allegiance and joined the Germans, handing over to the enemy large supplies of war material. The bulk of his troops, young Dutchman of the Kenhardt and Gordonia Districts had gone into rebellion with him.

A Scandinavian winchman came aboard and under his skilled management the ship was soon loaded, the anchor was weighed immediately and the ship steamed seawards.

The return voyage was perfect. A strong breeze kept the air keen and invigorating, the sea gave of its best behaviour, everybody white or coloured had gained his sea legs whilst appetites were simply voracious.

A day off Cape Town the smoke of two vessels appeared on the horizon. Whispers spread that one was a warship resulting in much uneasiness as it seemed very possible that the ships might be a German cruiser escorting a prize. Soon fears were set at rest when the Captain identified her build as British and her companion as a Union Castle liner.

The two were overhauling the Queensland rapidly and soon a flutter of signal flags broke from the cruiser’s yardarm. The Queensland replied and news came around the decks that the two were British cruisers escorting a Union Castle liner filled with Portuguese troops.

As the troopship passed the soldiers lining the ship’s sides cheered and waved evidently pleased at any break in the monotony of their long voyage. Mick with all a Rhodesian’s dislike of the race who barred Rhodesia from the ocean sniffed.

“Wish they’d join the Germans,” he remarked. “In 1893…” – and he told of a war discreetly omitted from history books.

On arrival in Cape Town, the donkeys were disembarked, driven to Maitland and Mick with two of his fellow Conductors took over four hundred mules and two hundred horses. These were immediately entrained, a work entailing a vast expenditure of blasphemy and energy, and without delay, the long line of laden trucks were hauled out from the siding. Mick with his companions taking their places in the guard’s van a number of Coloured men being distributed amongst the trucks. 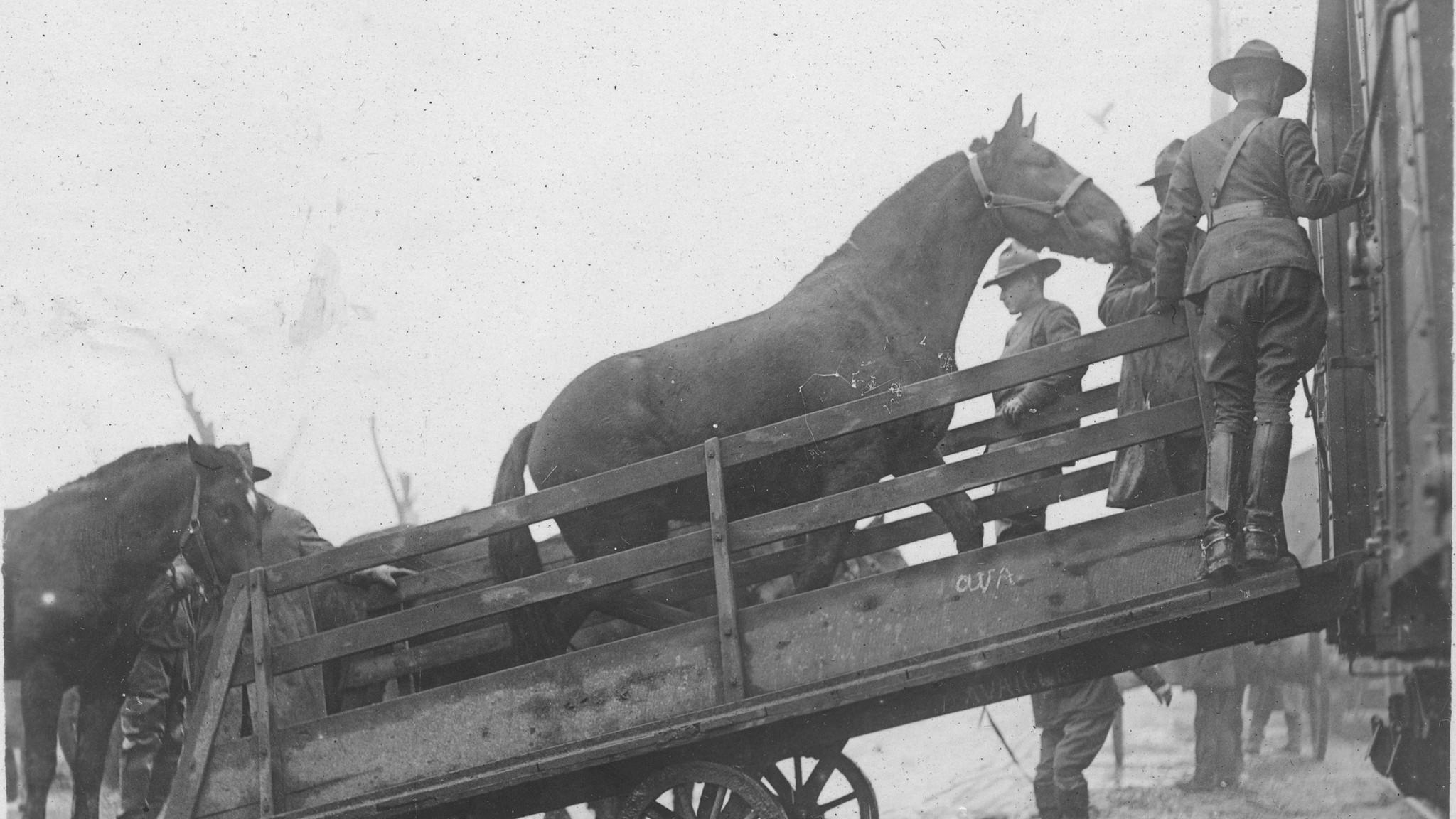 The new destination was Prieska in the North-West of Cape Colony where forces were being assembled to operate against the Dutch rebels.

2 thoughts on “From Boatsheds to Battlefields 59 Disaster at the Front.”