The day after the battle of Upington Mick interviewed the Commanding Officers of the 18th Mounted Rifles. The interview was satisfactory and Mick return to the Transport Camp with a letter to the Director of Transport.

To his amazement, he was ordered to appear before various officers acting as a Board of Enquiry if Mick could be charged with having deserted his post in the face of the enemy.

Mick indignantly asked who the accuser was and explained that he had been released from the pont the night before the battle. He also stated that the Officer in charge of the pont had given him an order to proceed to the attacked section of artillery to try and get a chance of taking a combatant part.

As proof of what he had done Mick referred the Board to the Officer commanding the 18th Mounted Rifles with whom he had taken part in the action.

The Major holding the Enquiry then asked how a box of spanners and tools and a Natal Light Horse rifle came into his possession they had been government property and not an issue to him. The box and rifle had been found in Mick’s wagon.

Mick retorted that the whole damn Transport crowd were robbers and thieves and that he intended proceeding to General Van Deventer and accusing various Offices and Conductors of wholesale robbery.

He entered into specific details but was stopped and a little later left the room without a stain on his character, permission to transfer into the 18th Mounted Rifles, to transfer his horse with him and retain his rifle.

In great excitement, Mick back at the Camp told the Officer-in-Charge that he intended reporting various matters to the General and had already done so to the Major. Gaily adding that he had left the Transport Service and had permission to transfer his horse and rifle with him.

He said goodbye to the other Conductors and his Coloured subordinates. Mick rode over to the 18th Mounted Rifles and reported for duty. 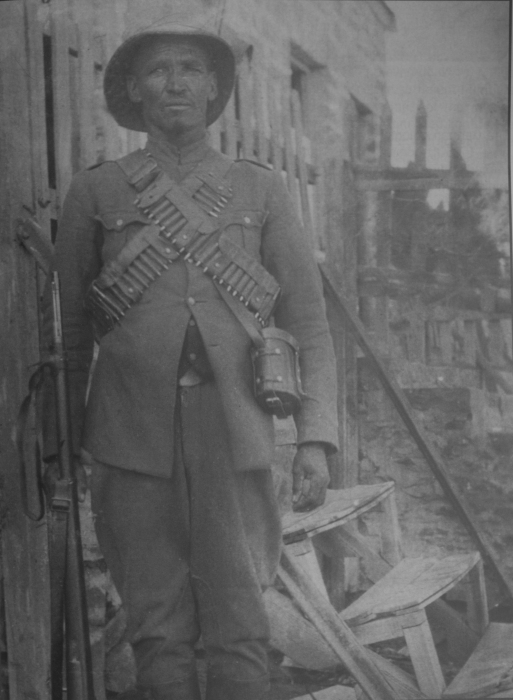 2 thoughts on “From Boatsheds to Battlefields 68 Court Marshalled”