Skip to content
lefflerstories Ancestry, Autobiography, Employers, Husband, Leffler History, Uncategorized 09/19/201809/19/2018 2 Minutes
Published in Outspan circa the 1930s
Nothing is more essential to a successful married life than proper husband management. Husbands cannot manage themselves. If they try either the brute becomes uppermost or the conflict between spiritualism and animalism plays battledore and shuttlecock with a man’s emotions. 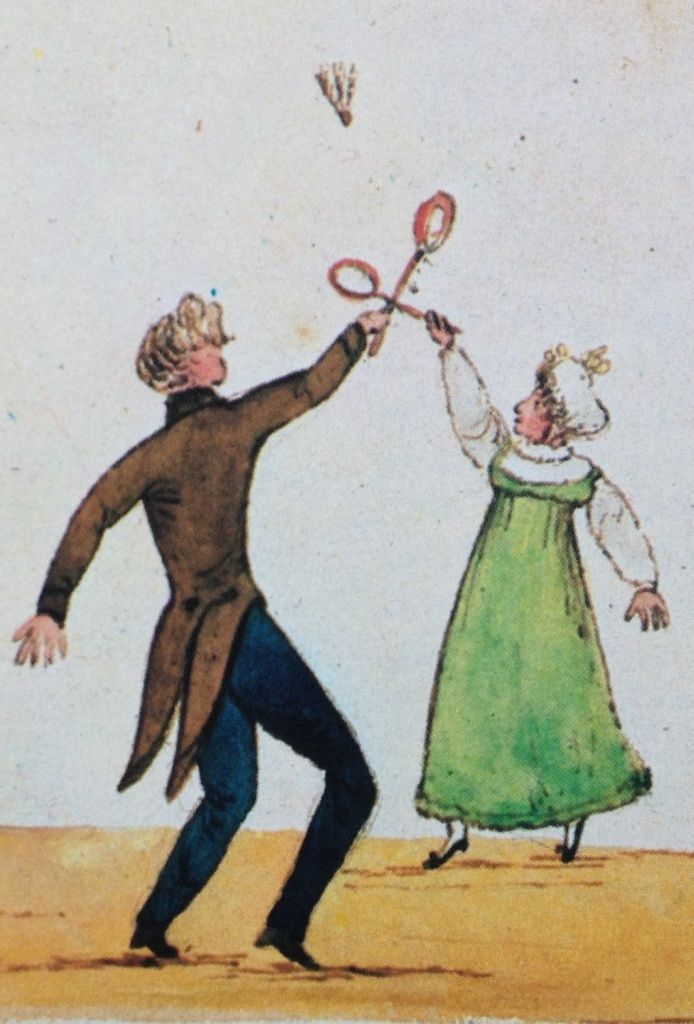 Battledore and Shuttlecock Fireplace or wall tile by John Sadler, Liverpool, 1757-1761. Probably the most intriguing aspect of the game was that it was a cooperative sport with the players trying to see how long they could keep the shuttlecock in the air. It did not pit the player against player, a rather refreshing concept in the 21C. The game was usually played by children, families, and young adults during the 18C.

A wife’s part in guiding hubby’s reluctant steps down the straight and narrow path of holy wedded life is that of the sergeant major of a company of soldiers towards his company commander. She must hold every thread of their official lives but the handling of them must be directed by her lord and master albeit that the influencing is hers.
Man loathes dictation from a woman. In his ordinary life, he serves a multitude of bosses so in his home he longs to assert his manhood. Generally speaking, husbands are quite good fellows. They are men and like their kind detest hunting for trouble but their consciences demand that on meeting it they should stand up to it.
Women have never had and never will have rights beyond those given her by her man. There is nothing to prevent his taking away all he has given so surely it is up to women to show their appreciation of his generosity.
The best method is to manage man properly. Let the wheels of the home organisation run smoothly, keep the children out of Daddy’s way when he appears irritable, produce them immediately when he wants to know why they are avoiding father and push them out when they tire him. Feed the brute and be affectionate towards him but never look for anything but criticism of your attempts to organize or keep house. Good cooks and housekeepers are plentiful and cheap. Man realizes that.
Wives be to your husbands as they were to you when lovers. Remember that arguments between man and woman are futile and that husbands appreciate your appreciation of their political, economic and general wisdom. They may often want you as a toy or as an attractive property but more often than you generally realise as a mate and good companion. Something of the mother and something of the pal never the critic.
Men are not altogether fools. Do try and follow the workings of a man’s brain and meet it sympathetically. Advance intelligent and balanced arguments to meet his and please advance them in a timbred voice. When his weight is thrown against your reasoning, retire – gracefully. Study your husband as he, in turn, is forced to study those he works amongst and accommodate yourself to him as he to them.
Above all never and under no circumstances go off to sleep with differences unreconciled or as the victor in a war of words.
Husband.
B.M. Leffler
Valley Farm
P.O.Brooklyn
Pretoria
Written 193os
-25.747868 28.229271
Pretoria, South Africa