I have now thoroughly entered into the daily routine and must say this is an ideal sort of life. The weather being bitterly cold in the early mornings we only begin stirring about eight.

The hour seems ridiculous for a farm but neither love nor threats will get a Mashona to move before the sun begins to kill the frost and warm up the earth. At eight a picannin brings a kettle of boiling water and we make tea. Having no cows we drink it black and weak. At about half-past, we get up, have a wash outside, dress and begin the days work.

At about eleven comes a halt to set about preparing a meal which combines breakfast and lunch. This consists of sourdough bread made and baked by ourselves from rapoko and wheat meal mixed – the rapoko now and again we vary by using Kaffir corn which combined with the wheatmeal or flour makes a great sustaining bread.

With the bread, we usually have rapoko or corn porridge with an occasional change to rice or maize – all four are good but Jove do I long for milk and cream. Dry bread, milkless porridge and black tea doesn’t sound appetising, but when hungry they go down all right and anyway as long as a man feels full it doesn’t matter much what sort of stuff he puts inside himself – not as long as it is nourishing anyway.

After skoff work starts again, continuing until about five when we set to on getting the evening meal ready. This is a sort of Irish stew – potatoes, native beans, shelled monkey nuts or peas which has been simmering on the fire since noon. 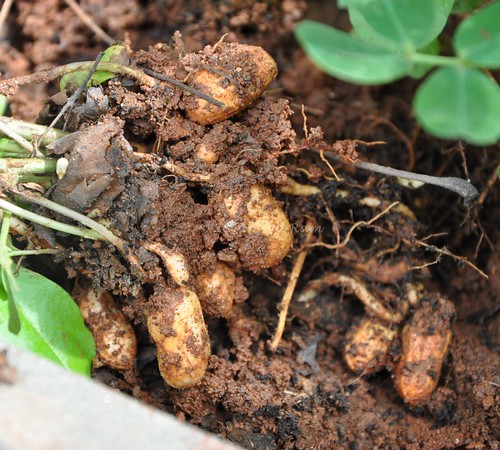 Now and again we trade a fowl for some salt or a cartridge case. Sometimes Kruger or Airth the manager of an adjoining ranch sends us a bit of buck, and once or twice I’ve shot something – If we’re lucky enough to have meat we gorge to bursting point – if we haven’t, well! we add a bit of curry powder and some powdered stuff from a soup sausage – a sort of concentrated mixture of pea-flour, bacon, herbs and stuff. This thickens and flavours the stew and it goes down rapidly enough.

After eating we play euchre or go to sleep. Neither of us has any money so candles or paraffin are unobtainable luxuries. The old Lee Metford I brought up with me is the only weapon we possess and is almost useless. At 100 yards it throws eighteen inches to the left.

At present hunting is a mug’s game for the long dry grass prevents the hunter from seeing the buck and the rustling and noise of a man moving in it is enough to frighten anything within a hundred yards. One’s only chance of securing game is by going out with a shotgun and some dogs.

A buck hearing something moving in the grass generally lies down – if a hunter is accompanied by dogs they will put it up and a charge of heavy shot provides a few days supply of meat. Otherwise, it is sheer luck coming on a buck perhaps standing under a tree or feeding in an open space where the grass isn’t too long.

In a month or two the veld fires will start and then everybody assures me I will see all the game I want to. I must get a Martini-Henry rifle then, as the heavy lead bullet doesn’t give a buck a chance of getting away. I hate wounding anything and it is marvellous the vitality shown by a wounded animal. I’ve seen one run over a mile with the whole of its entrails dragging from it.

Wild things always seem to either be killed instantaneously or to fight desperately for life against most awful wounds and it is really terrible the sort of mess a soft-nosed or a bullet with its end nicked into a cross makes. If one strikes a bone or anything but soft flesh it mushrooms and splits.

There are quite a number of people in the district but all on the other side of it. Between Marandellas and ourselves, there are the Godfreys and Kruger – beyond are two young Englishmen growing tobacco in partnership and beyond them again are two fellows living in the hills doing a bit of trading.

Behind and in front of us is all native reserve and wild uninhabited country. From Marandellas towards Wedza is where settled country is – there people are going in for growing Virginian cigarette tobacco on an extensive scale and experimenting with citrus fruits, cattle breeding and general farming.

From all accounts, there are fortunes to be made from tobacco but a lot of capital is needed. Flue curing barns are required; and with transport at 5/- per 100 lbs, carpenters and bricklayers at 30/- to 40/- per day and all found, it needs £300 at least to build and equip a standard flue-curing barn 16 feet by 16 and 20 feet high. Then one requires unlimited labour – on the other hand, the profits are big.

We want to try and build a small flue barn ourselves and also air and sun cure a couple of acres of tobacco as a start – with wheat, oathay, barley for the brewers, potatoes, trading and transport riding we should soon be on our feet but Oh Dad its cruel work starting with nothing.

Our waggon can take 20 bags of maize – so an eight to ten-day trip would yield only £7-10. Beans pay us best but we’ve never enough cash to buy a full load.

Ever your loving son,