There is so much interest in academics, so little sense of responsibility regarding the pressing problems of Health and Welfare. Surely it is infinitely more important that a young South African should be well clothed, well fed, and well housed than that he be taught in his home language. There are two languages in general use amongst European descended South Africans. 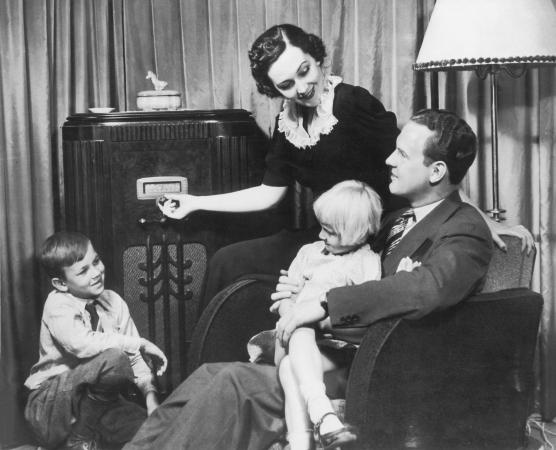 There are roads to be built, afforestation to be encouraged by Private Owners and a multitude of social welfare problems to be tackled. There is easily work for a generation in purging our whole social and economic system and making it a clean wholesome scientific one.

Today few trust anybody or anything because there is obviously so much scandalous getting jobs for pals, so much waste of Public Funds, so many getting high positions and pay with obviously so few qualifications. If it wasn’t so, half the Union’s population wouldn’t be living below the Breadline.

Above portrays the Hewitt Family. The two images below are both of slums:
the left is of present-day Africa, the right is of early 20th century NYC

Why not have a competent commission begin at the top and work down through all paid National, Provincial, Municipal and District Government employees and decide what posts could be abolished and what new ones created to increase efficiency; whether the holder of a post is competent, and whether he is earning his money or whether he would be better off somewhere else or retired.

Why not have a certain day set aside in Parliament to discuss racialistic questions on a non-party basis? Why not give the Speaker of the House power to confine members’ speeches strictly to matters in the National interest and taboo any speech calculated to provoke antagonism between sections of the Nation. 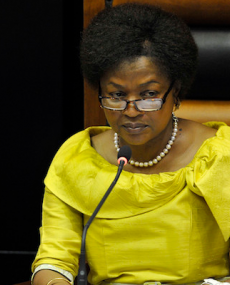 Baleke Mbete Teacher, member of SASO and the ANC, head of the Medu Arts Ensemble (Gaborone), Member of COSAW, Secretary General of the ANCWL, Speaker of the National Parliament, poet

We are all in South Africa to make comfortable happy homes; just as Up North, South Africans; White, Coloured and Black put everything into smashing the Germans and the Italians.

The Governor-General’s Fund is a source of eternal irritation to the soldier. Every soldier detests the idea of exposing his family life to committees of well-meaning but often wholly unsuitable townsmen. A magistrate, clergyman, doctor and a lawyer would be a logical committee to decide who requires assistance and in what form.

In the army today one of the commonest phrases is “What a racket” when discussing politics, the Governor-General’s Fund and a score of other national activities and enterprises.

After the War, the last thing any sane man or woman wants is social upheaval, political exploitation of the soldier, Coloured and Native unrest or the spectre of Revolution. When the War ends however if tens of thousands of young, vigorous ex-Servicemen and women are not competently handled and promises to them are not fulfilled the threat to the state will be a real one.

The strikers were backed by Afrikaner commandos,
like this group manning a roadblock ©Museum Africa

The general tenor of speeches made today by responsible men shows that these contentions are realised, that there will be a necessity to disgorge on the part of the wealthy, that the soldier must not be allowed to fall into the hands of irresponsible leaders, that promises are easily made but often impossible of fulfilment.

(Note in pencil in the margin see Lawrence of Arabia.)

Why then do not the leaders of the people, the leaders appointed by the people put all they know into logical solving of problems instead of talking so much about them. Tackle the obvious and tackle it with enthusiasm and confidence and it is queer how often, how smoothly, and how quickly the problem turns out devoid of concrete difficulty.

The War has shown us how to achieve results, how to handle problems, how eagerly and efficiently South Africans respond to any decent lead. In peacetime, however, we are unfortunately too tolerant, too easy going, too desirous of avoiding trouble. It is terribly difficult to work up and sustain enthusiasm in South Africans in National matters. Each wants to live his own life in his own way.

Outside the professional politician, there is very little racialism really. It can be safely said that ninety-nine Afrikaans speaking South Africans in the country will help an Englishman or a Jew in distress. During this War, it is remarkable how in the country Ossewa Brandwag supporters have helped lone English women running the farms of their husbands on Service. In every department of the huge South African army, those of Dutch or Huguenot descent and those of British descent merge and if anything it is often difficult to know which is which.

Fusion of the two European descended races has been going on for generations, is going on and always will go on until we are all South Africans. Why worry about it as it cannot be stopped. What we must worry about is how we’re going to have decent homes, good food, excellent clothing and the very best prospects for our sons and daughters. To secure this men must be chosen as executives for their ability and their trustworthiness. We have the men and they have the material.

It does seem so ridiculous that there should be difficulty in absorbing South Africa’s present Army and War workers into civilian employment.

When one travels through the vast bushveld, up and down the long West and East coasts, when one sees the magnificent well-equipped harbours and thinks of the millions Up North beginning to become civilised one can’t but feel that’s a poor lot who can’t find lucrative employment for a quarter of a million White, Coloured and Black South Africans.

In the reconstruction cabinet, there should be at least one seaman. Nobody can have escaped being struck with the number of South Africans who are serving in the British Navy.

There are apparently hundreds of them – and South Africa itself is employing a really large number. Thousands of South Africans seem to be working in dockyards. It seems only logical if these should be represented in the Reconstruction Cabinet and full consideration is given to the profitability of building South African ships for coastal work and engaging in South American trade.

It has often been authoritatively stated that there are large markets for South African coal and railway material agricultural implements and the like from our Iron and Steelworks in South America and in the North. From Cape Town to Dakar and from Durban to Mogadisco seem natural South African coastal trade routes as well as from the Cape to South America.

If the Reconstruction Cabinet can only adopt General Staff methods and obtain the same parliamentary support there cannot be bounds to South African employment and prosperity. For the next two generations, we should be welcoming immigrants. Let us put away pretty things, abandon childish ideas and go forward as men to Peacetime Victory.

Mention of the Sea brings to mind several suggestions for interesting employment in establishing oyster beds, the resumption of the tinned Cape lobster and frozen lobster tail exports to France and the extension of the trade to French colonies, the revival of the old trade to Australia of smoked Cape Sole and the following up of former highly promising experimental shipments of fish to Billingsgate. What has often been strongly urged is the commercial development of our vast seaweed wealth.

Make South Africa a real tourist paradise and offer facilities for the exchange of Trade Missions. 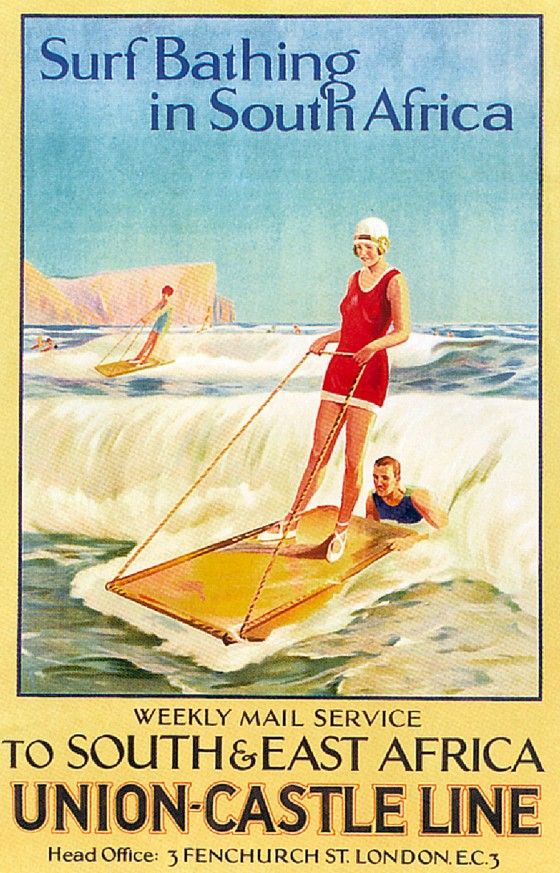 Take but one instance the avid reception by Canadians of South African canned pineapple. Our pines can be produced in unlimited quantity and the Union Trades Commissioner to Canada reports that at all we can send Canadians will buy.

What the Reconstruction Cabinet needs is reliable statistics as to the following:
What types of hospital and sanitoriums does the Union require?
For what number of Europeans, Coloureds and Natives?
Are existing Military establishments convertible to civilian needs?
How many Europeans and Natives can the mining industry absorb?
What number can Iron and Steelworks employ and how soon can the industry produce agricultural implements?
Will shipbuilding of coastal Steamers pay and what number could be absorbed in building and manning?
What has the fishing industry to offer?
Can a seaweed industry be established?

One imagines that many pages of questions could be written and it seems feasible that most would be answered satisfactorily to those seeking to place men and women in civilian employment.

We must retain an army and will very like build up a small efficient Navy. The Youth Brigade, the Physical Training Brigade can be carried on with and possibly the Kappie Commando be revived on the present Youth and Physical Training Brigades. The HMS Assegai establishment could be taken over and converted more to a merchant marine basis and that of the General Botha training school be extended.

We have the money, we have the material, the factories, the mines, the railways, harbours, trained personnel to achieve anything – Let’s get down to and do things.

Note in pencil: If we cannot satisfactorily solve our post-war problems, our victories over the Germans will have availed us nothing, and the men who died will have died for an illusion, not an ideal.

From Gretchen Rubin The Happiness Project

“How can we learn self-knowledge?

Never by taking thought but rather by action.

Try to do your duty and you’ll soon discover what you’re like.”