Two essentials to successful farm management are trustworthiness and organising ability. It is easy to select and train a Native to become an excellent foreman but can one rely absolutely on any statement he makes? No! And in consequence, nobody would employ a native as a manager even if he possessed the intellectual ability.

Unless a farm manager is able to visualise all his work all the time he is quite useless. Unless he possesses organising ability both his own and his employer’s time is being wasted. Always a manager must be asking himself – can I do with less or with cheaper labour on this, that or the other job? Can it be done better another way or with other implements? If it were my farm would I consider this worth the trouble or that worth the expense? 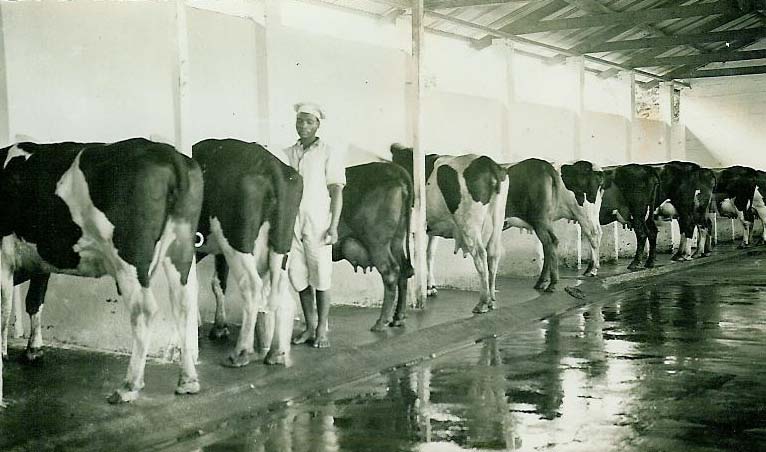 A Manager’s job is to extract the maximum of efficiency at the minimum of cost from every employee, animal, land or implement. Unless he soaks himself in an atmosphere of trying to obtain efficiency he is certainly little good to his job.

Early rising is a necessary portion of any farmer’s job. If he is the last to come on the scene of farm labour and the first to leave it is obvious that his employees won’t do their full share unless he possesses more than ordinary powers of handling labour.

Any intelligent native can carry out an ordinary farm job if shown how to do it. The white man’s task is to see that every job is done and done properly.

Excuses are never convincing and are usually irritating. Lies defeat the very object for which they’re used. Once a superior catches a junior in a falsehood it’s a good policy for that junior to look for another job – he’s lost the confidence of the man under whom he is working.

So to gain the reputation of a good farm manager a man must needs:

(3) Be able to get satisfactory results from it.

(4) Be able to win and hold his employee’s respect regarding
a.  his character
b.  his personality
c.  see his devotion to his job
d.  his results

Nothing is more irritating than working with a man in whom one hasn’t confidence. Inspire that feeling of confidence and it is amazing how quickly ones’ troubles disappear.