End of 49th Entry: … others would come but it was foolishness worrying about them and those that had struck him always left some memory to chuckle over even if only at his own damned innocence or foolishness.

Now with a busy interesting life, a large civilised home filled with cheerful prosperous people Mick found himself brimful of joy o’ life. He and a younger brother of Godfrey’s shared a comfortable well-furnished room – Tom Godfrey his roommate had served throughout the Boer War, was frontier born and reared, had read largely and was a companion such as Mick had always longed to have.

The two went hunting together, exchanged life histories, discussed men and matters, played the gramophone and split the farm supervision between them. There were friendly neighbours close at hand – tennis, shooting parties and the owner and his wife was father and mother to Mick. 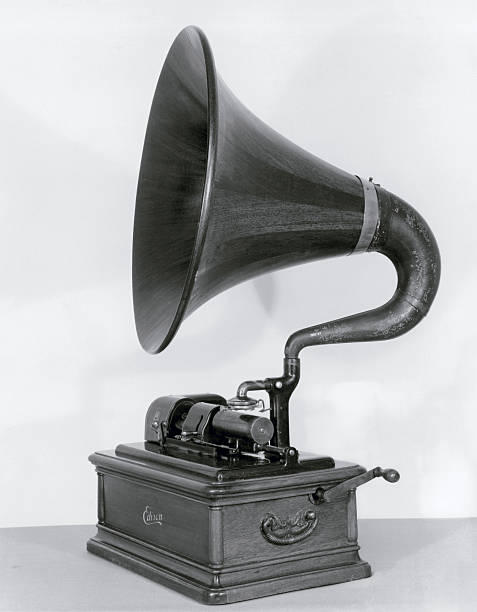 The tobacco work fascinated him. First, the seedbeds were most carefully prepared the ground being ploughed, cross ploughed and worked up by hand to the finest possible tilth. Then waggon load after waggon load of timber, heavy tree trunks, brushwood and branches being packed into a mess four feet high – this was set fire to and when burned out the ground was roasted to at least four inches killing all seed of weeds or grass or any insects and their eggs.

The ash having been raked off the beds were bordered out with bricks each bed four feet two inches wide and twenty yards long. The tobacco seed mixed with wood ash was then carefully sown and cheesecloth laid over a wire eighteen inches from the ground running the length of the bed – the cheesecloth was then securely fastened down onto the brick side and end walls thus making the beds insect proof.

Twenty square yards of seedbed were allowed per acre of estimated planting and Mick had 800 square yards of beds to look after. For weeks the seed and seedlings were watered two or three times a day until the plants were strong vigorous ones ready for transplanting.

Meanwhile, the lands had been well ploughed and harrowed work continuing until the first rains when all hands were set on planting out the seedlings three feet between plants in the row with the rows some distance apart.

Shortly before the rains, the land had been marked out a straw being stuck where a plant would come a later – a tablespoonful of artificial fertiliser had also been scratched in at each straw so that when the first planting rain came there was no delay. The plants set out in well worked up land caught immediately – no sooner had the roots taken than they found their food available and began a steady growth at once.

Later the lower leaves were primed to keep the stem clean and allow a free passage of wind and air the great foes of moulds and some plant diseases – then, at last, the fields of broad tobacco leaves began to turn from dark rich green to the colour of Australian gold – flower heads appeared and were nipped out so as to preserve the strength of the plant in the leaves – the plants striving to obey their natural function, the production of seed send shoots out from each junction of stem and leaf each shoot a potential seed head – these were instantly ripped out and though still sending out suckers the plant began to ripen. 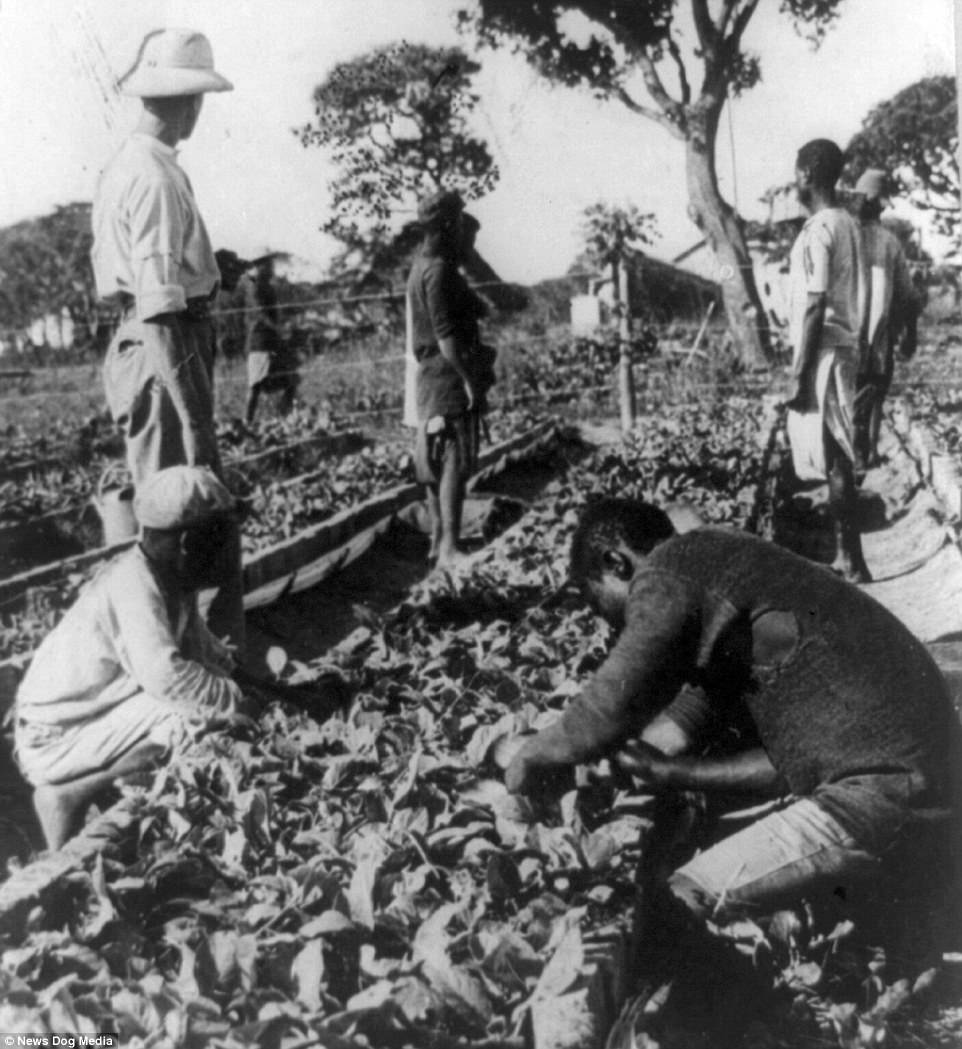 Now came the harvest. The bottom leaves were stripped from each plant and carted to the flue-curing barns, here they were strung in batches of three on sticks each stick taking roughly thirty-four bunches strung alternately on the right and left sides. As the sticks were completed they were handed into the barn and strung on tiers seven tiers going to a barn. 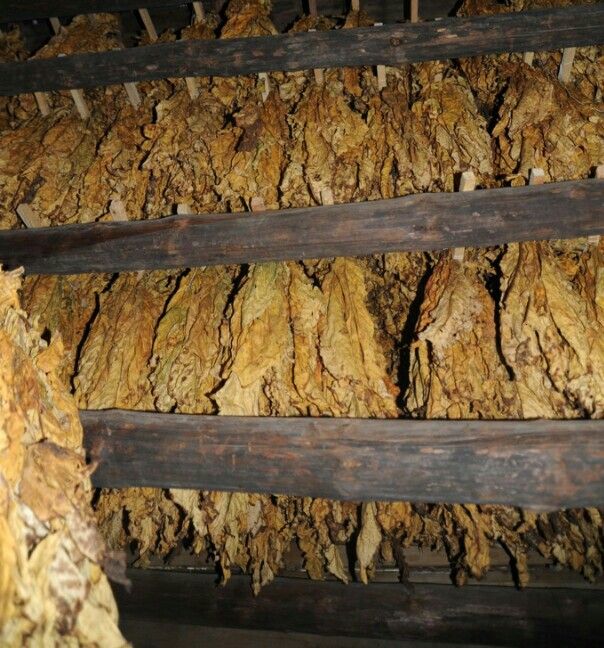 When full the barn closed, made as airtight as possible and a fire’s started in two outside furnaces the heat of which ran down great fourteen-inch iron pipes which ran into and around the barn escaping into a chimney between the furnaces.

At 120°F, the leaves began to show signs of drying and both temperatures and ventilation were increased more rapidly until 140°F was reached and the leaf on the bottom tiers was as dry as tinder. At this stage, the temperature was held steady until the top tiers were almost dry and then came full steam ahead and at 5°F per hour the mercury rose until 190°F was reached – all ventilators were then closed and the temperature held until the butts and stems of the leaves were as brittle as dry sticks.

The fires were now drawn – doors, ventilators and windows opened and the barn cooled – then everything was closed wet steam was run in until the leaves were supple, the sticks being taken down and unstrung the leaves were then packed in great bulks until time allowed their being sorted out into the odd fifty-four grades demanded by the buyers.

A barn took from seventy to ninety hours to cure and with three barns in different stages, one responsible man had to be on duty day and night.

A sudden drop or rise in temperature during the first fifty hours was quite capable of ruining a whole barn which might mean a loss of up to £70.  A log was therefore kept and the temperatures entered every half an hour.

The owner, his brother and Mick divided the shifts between them so that there was always one man in charge of fieldwork, one curing and one off duty.

The first frosts ended the curing season and began the maize harvest which was followed by shelling the maize grain from the cobs. This dome came the manuring and ploughing of lands, the planting season and once again the curing.

The Godfrey’s possessed a large circle of influential friends and shooting drives were constantly being held – these were never stale to Mick – apart from them, he and Tom Godfrey did a good deal of shooting securing a regular supply of oribi, duiker and steenbuck for the larder and now and again a tsessebe or reedbuck.

The feathered game was plentiful the river banks and pools yielding many a partridge, pheasant, wild duck or goose – crocodiles infested the river and now and again gave a chance of a quick shot.

One monster Mick caught properly napping and with lightning, quickness let have two barrels – the distance was just right to allow the shot to spread nicely and apparently, one or more pellets entered the eye – the scaley brute, in any case, was badly hurt – it slid into the large pool and then swam madly up and down and round often leaping out of the water and lashing the surface into foam and waves. 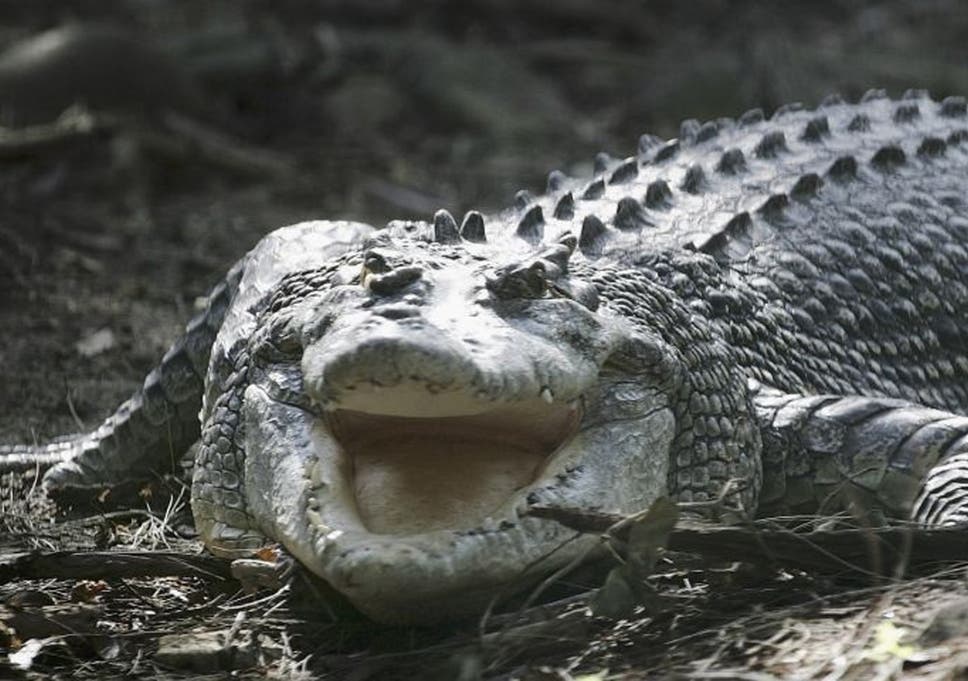