End of Part 1 of First Letter Home: The following day our journey was resumed and that afternoon the waggon reached home.

The farm is almost square in shape, the lands and steading lying near the boundary furthest from Marandellas which was about thirty miles away. It takes a donkey waggon, however, five days to do the thirty miles owing to numerous swamps and a terrible road. Where the ground isn’t boggy, it is loose deep sand and the last ten miles consist of steep hills with the road in a terrible state.

No repairs had been done since the Pioneer Column made it and in the rainy season, the ruts became watercourses. Traders and transport riders keep making deviations where possible, so in places, one finds a dozen parallel roads the older ones perhaps six feet deep in the ruts. 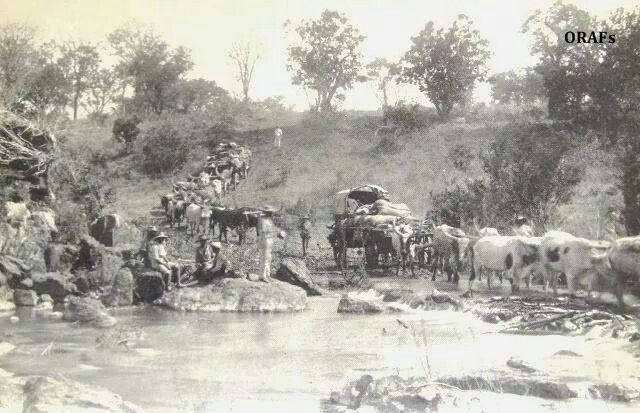 We have three native huts made of saplings planted in a circle which is held together by four rows of a thin supple wood split bent around the huts and tied to the walls by tambo the inner-bark of a tree. This tambo seems to be universally used in Rhodesia instead of nails, screws, bolts or for any purpose where tying is necessary.

The huts have high conical roofs thatched with the long veld grass which stands like fields of ripening rye all over the country. The grass after being dried is combed through a rake made by driving ten-inch nails through a bit of plank.

One hut is our living one, another the storehouse, the third the kitchen and the furniture consists of a large packing case as table, two beds made by planting four forked poles in the ground laying two smooth poles lengthways through the forks, binding short cross sticks at two inch intervals along the frame and laying a thick mattress of dry veld grass sewn up in a couple of opened sacks sewn together.

Our washbasin stands outside on a paraffin box and our trunks complete the plenishing of the little frontier home.

The view from the homestead is glorious – ten miles away is a great mountain which is almost pure iron where native smelters make weapons for war and the chase, together with agricultural implements and household utensils for most of Mashonaland. 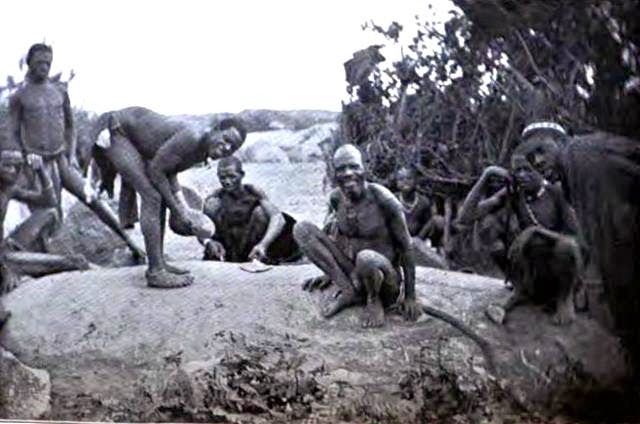 The huts nestle against a granite ridge which divides two immense black swamps. On either side and before us are rivers and beyond the river in front is a wild mass of granite cliff and boulder full of trees, Tambookie grass fourteen feet high, caves and clefts. Leopards are plentiful in this savage bit of broken country and have already killed one of our donkey foals.

Just in front of the huts, we have a fairly big stretch of well-drained red soil above which Kotzee has led a furrow from the top of a small waterfall in the river by easy gravitation he can easily lead all the water he wants for irrigation from this.

Small game is plentiful – reedbuck, duiker and steenbok chiefly but there are kudu and sable on the farm – six miles from us the country changes into a vast wilderness of the wildest most broken land I’ve ever seen – it reminds one of some other world – a world that God has forgotten. Mountains composed of a single smooth piece of granite. Deep canyons filled with hills and immense boulders – words cannot attempt to describe it for its too huge, too wild, too God forsaken.

This country is full of game – lions are abundant, eland, kudu, sable, waterbuck and every other kind of animal seem to be there. Baboons live in blooming herds of thousands.

Kotzee and Kruger between them have proved that wheat can be grown on a commercial scale either under irrigation or in the big swamps. Oats do wonderfully well as does barley. From what I’ve seen and heard there isn’t anything in the world that can’t be grown. Transport is the whole trouble, not the ability to produce.

Every farm has swamps composed of the rotting away of decayed vegetation. Through the centuries these swamps undrained, grow rice to perfection and beautiful oats or barley. Drained they would produce record crops of maize, potatoes, onions, wheat.  For years one could grow a summer crop of maize and winter ones of barley, rye, wheat, oats, potatoes, onions etc. on them.

Today however one is not allowed to use oxen for transport owing to East Coast fever restrictions – mules are too expensive and the loss from horse sickness makes them unpayable – donkeys are too slow. It’s wicked seeing untold acres of land suitable for any crop and to realise that twenty-five miles of swamp and sand make it all just a wilderness.

Labour is as big a problem as transport. The Mashonas are frightened of cattle, are so dense that trying to drive an idea into their heads is like trying to hammer a nail into a stone and if you look sideways at them they’re off and away for good and ever. One Xhosa with his two fighting sticks would hammer a hundred of them.

They grow an extraordinary variety of grain – two traders handle fifteen thousand bags of maize, monkey nuts, ground peas – the last named grow like potatoes or monkey nuts under the ground – rapoko – a tiny red grain which is their chief food – rice – white, red and black varieties, Kaffir corn, millet, sweet potatoes and native beans – a kind of cowpea. Cattle, sheep, goats, pigs and fowls are plentiful. Honestly the Mashona live in a Paradise – most of their time is spent lying on rocks having sunbaths and drinking beer whilst their women do the work.

Snakes are plentiful – both black and green mamba – cobras – black, yellow, brown and branded ones, puffadders and even twenty-foot pythons. The lizards are wonderful both in size and colour while scorpions and all kinds of spiders swarm.

From what I hear the thunderstorms are the worst thing hereabouts they and the white ants. Nobody worries about malaria or blackwater – but take them as necessary evils. Crocodiles are plentiful so one has to be careful when bathing in or crossing rivers.

Well, I’ve written this during spare hours in the past week and am sick of it.

With love to all, 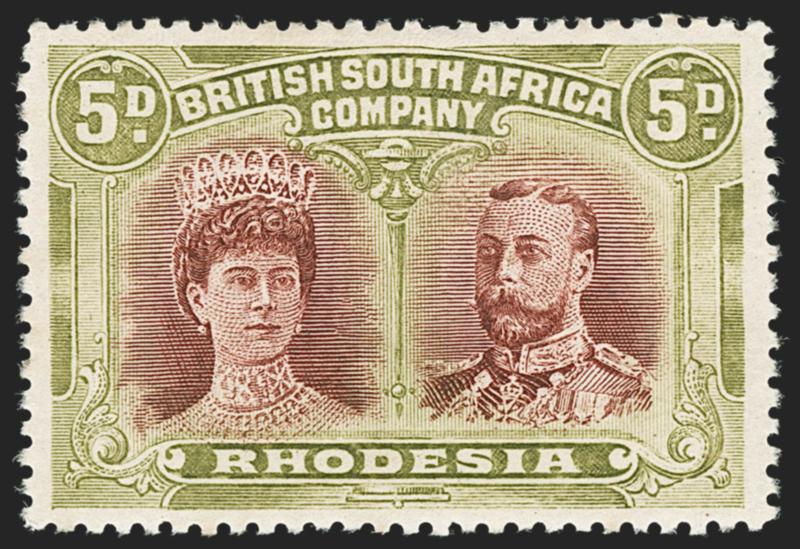