End of 21st Entry: Shortly after sunset the farm was reached where the two were welcomed by a large stout lady of fair complexion.

“We will first take the cart round and outspan, Mick, then have some coffee and look around the buildings.” said Van Zijl as he handed out the luggage.

At the stables Mick was shown how to unharness the horses, sent off with them to walk about until cool, told to water them and at last thankfully helped bed them down and feed them. Returning to the homestead Mrs Van Zijl had coffee, bread and sheep’s tail dripping ready for them, but Mick who was accustomed to select what he fancied from a large choice of food made a wry face at the dripping, felt the doughey half cooked bread suspiciously and grimaced at the lukewarm coffee. 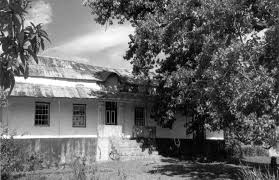 After the meal Van Zijl took the youth round to look at the byres and stables, showing him a handsome young stallion which he told Mick would be his mount, to be watered, fed, groomed and ridden by only the boy. Cheering up somewhat from a fit of depression into which he had fallen Mick returned to the house with the owner and was shown into a well furnished guest room. 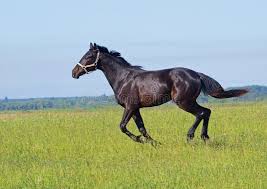 “Tomorrow you can shift into your own room Mick” said van Zijl “it has only been whitewashed today, but we will have it put in order tomorrow.”

Tired out, Mick after washing and changing went back to the dining room where he found Van Zijl reading a newspaper and his wife scolding two native girls who were setting the table.

After a vainlook around for a book Mick began talking to Van Zijl who proved quite pleasant and apparently anxious to interest the lad. Mrs Van Zijl too seemed friendly and joined in the conversation until supper was announced as ready.

Mick was ravenously hungry and found a dish of stamped maize boiled in milk very appetising – the dish following aroused his distrust however – it seemed good, it smelt fine but it looked queer – turning over the contents of his plate Mick’s disgusted eye saw the cold dead eye of a sheep looking at him – Mick felt as though lying out at sea in a heavy swell.

Offal – Jove! it looked it, thought Mick miserably. “What is it made of Mrs Van Zijl” he enquired.

“Sheeps brains and eyes with all the tit bits of the stomach” answered his hostess.

“I’m not feeling very hungry” he said “I’d a jolly big plate of stamped mielies so I think I’ll just finish off with a bit of bread and jam.”

“I hope you’re not full of fads and fancies” retorted the large lady tartly “We’ve no time for nonsense on a farm. People eat whats put before them and thank the Lord for his kindness.”

In his heart Mick answered, “I wouldn’t thank anybody not even the Lord for offal.”

The meal over the table was cleared but as Mick tempted to rise Van Zijl checked him, “We will first read a chapter from The Book, say a prayer and sing a psalm to our Lord” he said.

A great Dutch Bible was put before Van Zijl and psalm books in front of his wife and Mick – the two coloured girls crouched next to the doorway and Van Zijl striking a tuning fork against the table sang Doh, Ray, Me, Fah, So, then in a sonorous voice exclaimed in Dutch – We will now sing psalm – another blow of the tuning fork and he burst into melody Mrs Van Zijl following a bar or two behind, whilst Mick fought hard to restrain from bursting.

A long chapter of the Bible followed, then a longer prayer and a final psalm after which the Van Zijls rising began to make preparations for their departure to bed.

At dawn next morning Mick was roused by Van Zijl and dressing joined his employer in the dining room to partake of a cup of steaming coffee. Warmed and refreshed the lad accompanied Van Zijl to the stables to be initiated into the mysteries of grooming horses, feeding them and milking an Ayreshire cow, one of the byrefull of Kerrys and Aryshires.

The milking over Mick was shown how to put a cream separator together, and after half an hours sweating at turning its handle was put on to taking the machine to pieces, putting the parts in cold water and accompanying a coloured man to feed a dozen calves and some pigs. Returning to the dairy an hour of washing utensils followed and then to Mick’s relief came breakfast.

A large plate of maize meal porridge, a couple of freshly laid eggs and heavy meal of course brown bread put Mick on excellent terms with himself.